For Drake haircut is not only a way to give his appearance a tidy and stylish look but a means of self expression as well. No wonder the music legend is also considered a fashion icon. So, if you are in search of inspiration for your next haircut, it is a good idea to draw it from any Drake’s new hair look. And to make things easier for you, below we have collected the most head turning Drake’s hair looks.

If you are keeping an eye on Drake hairstyles, then you should know that the rapper has upgraded his hair look recently. Drakes new hair cut is a real staple, as it is cornrow braids. In addition to creating a neat and stylish appearance, cornrows are a failsafe protective hairstyle.

Although all Drake haircuts are bold and eye catching black men haircuts, there is one that has arguably made the most stir on social media. When the artist introduced a heart shaped haircut to the world, it could not leave anyone indifferent. For the Drake haircut heart had a symbolic meaning. This was a nod to his then upcoming Certified Lover Boy album.

For Drake fade is one of the most favorable haircuts, along with a buzz cut. It allows him to create a clean silhouette, taking the hair on top to the center of attention. So, if you are seeking short haircuts for men that would make you look like a superstar, you can never go wrong with a Drake haircut fade.

Since Drakes hair is naturally kinky, the artist often likes to show it off. For this reason, an Afro Drakes haircut, which he flaunted on the Red Carpet, instantly stole the spotlight. Thanks to the pronounced hair texture, the haircut already looks prominent, so there is no need for extra emphasis. 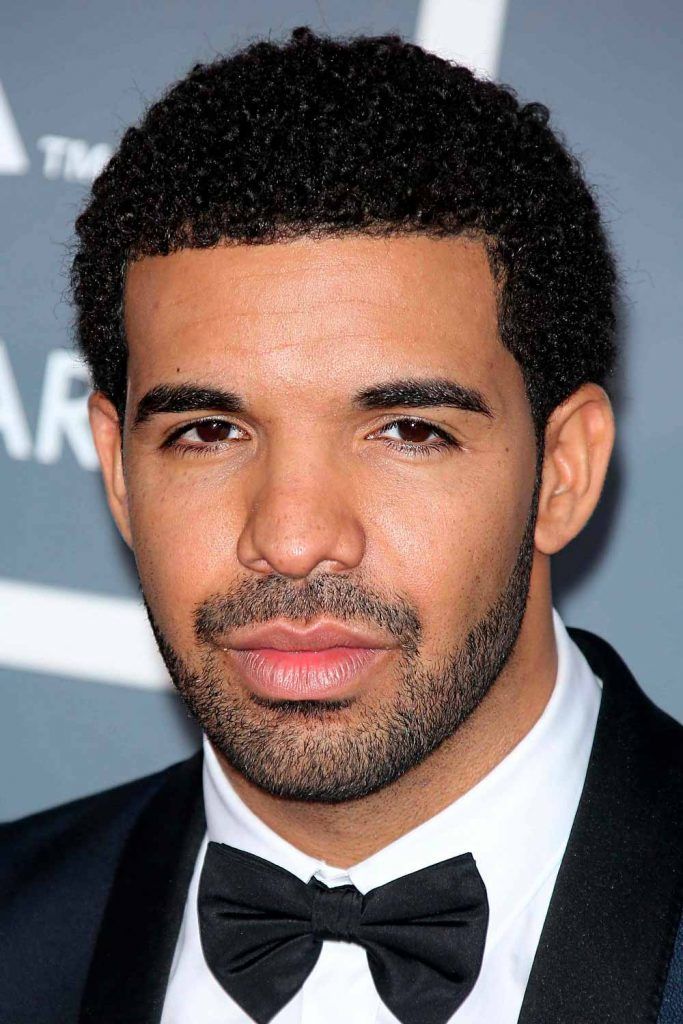 PIN IT
s_bukley/Shutterstock
The Editor's Choice

Almost every Drake haircut requires commitment and effort. However, it fully pays you off with thousands of admiring gazes you are guaranteed to collect. One of such styles is Drake’s hair waves. To accentuate it even more, the famous artist pairs a wavy top with the iconic Drake fade haircut on the sides. 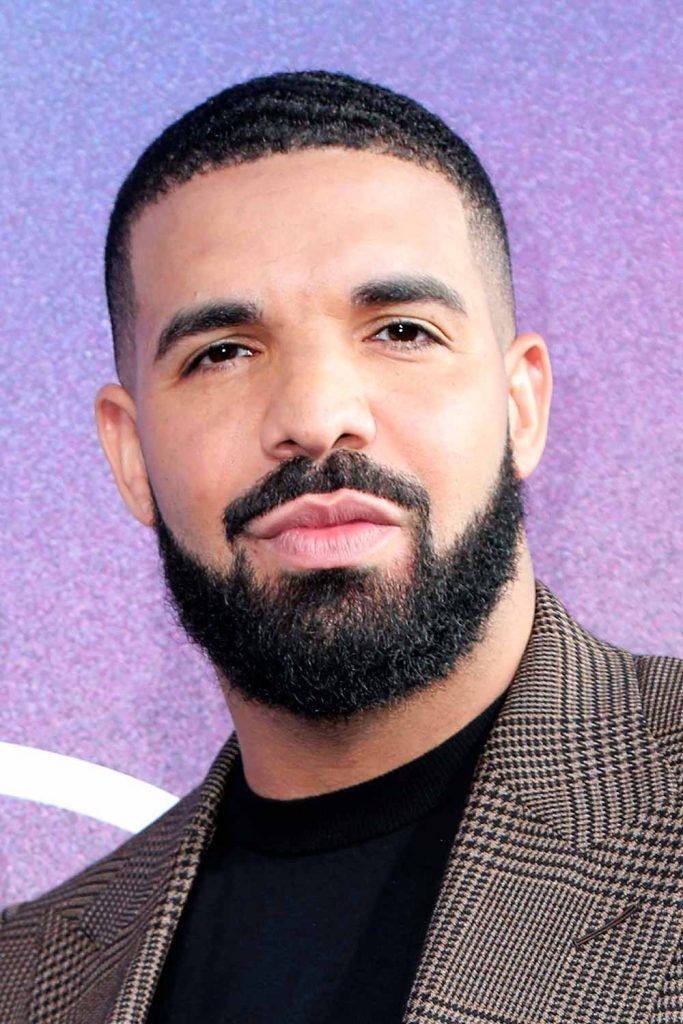 Drake hairline is always sharp and crisp. This is because the singer opts for a line up haircut. To keep it so defined, you will need to refresh the cut regularly. So, either book appointments with your barber in advance or learn to maintain your hair on your own. 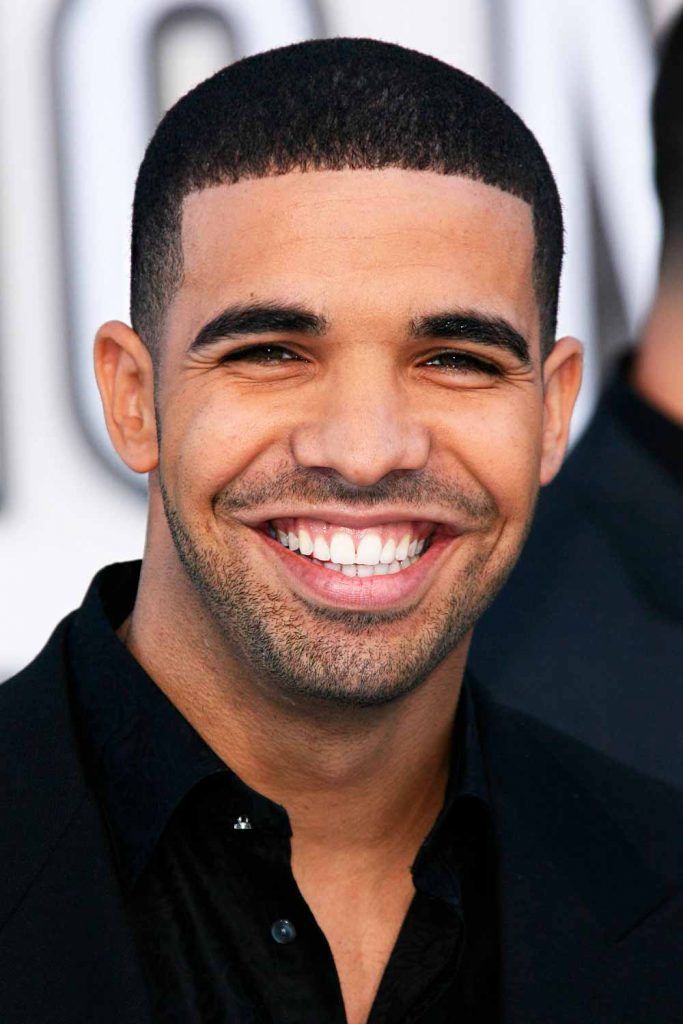 Almost every Drake’s new haircut is a variation of a buzz cut. Yet, sometimes he does not try to reinvent the wheel and simply goes for a regular buzz cut. It is edgy, dapper and versatile. A great option to both hang out with friends and rake in music awards. 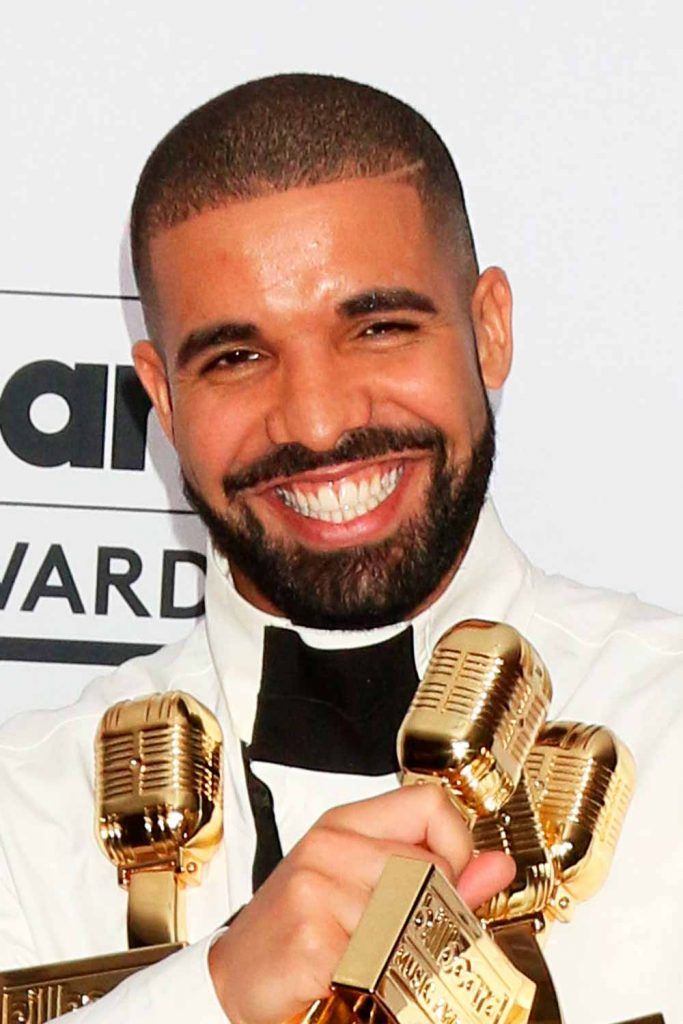 A quick and easy way to upgrade a buzz cut is to adorn it with a hair design. The rapper surely knows this trick and frequently resorts to it. So, whenever you spot Drakes new hair cut, it is most likely to feature a cool hair design. 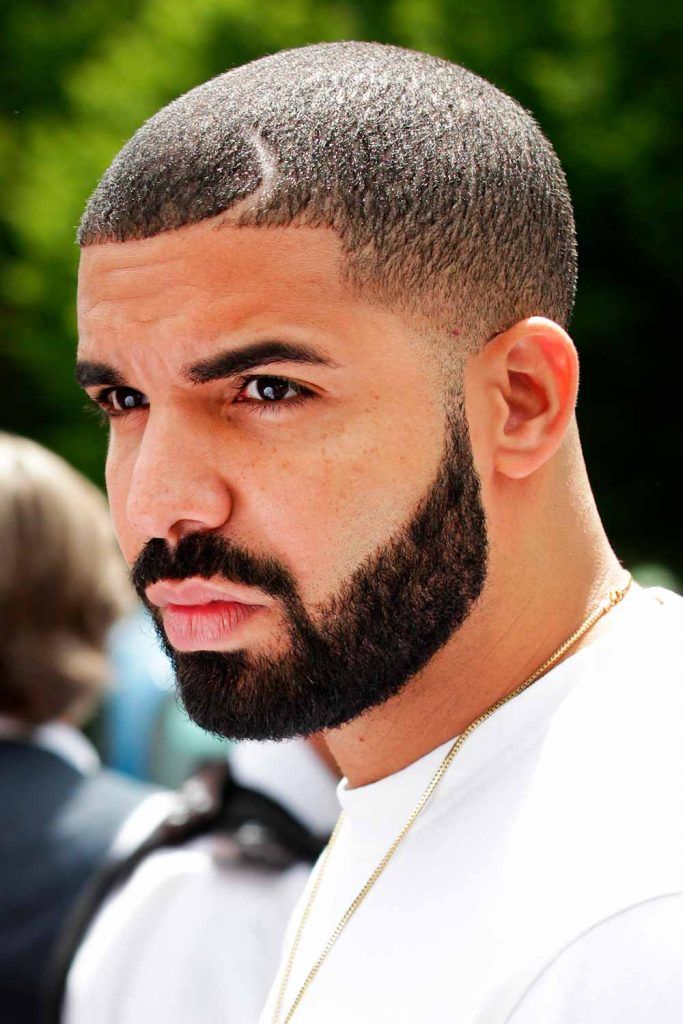 You do not see Drake long hair that often, do you? That is mainly because the artist prefers rather short haircuts. Yet, when he decides to venture out for long locks, you can rest assured that Drake new hairstyle will not go unnoticed. One of the reasons for this is that to grow Drake curly hair long, you need to put quite a lot of effort.

When he trims his hair short or even shaves his head bald Drake likes to balance out the look with some facial hair. From a short scruff to a long and bushy beard, the rapper has rocked almost as many styles on his face as on the head.

No matter what Drake haircut you are going to select, you are bound to look your best. The artist knows how to make the most out of his kinks. There is a reason why he is considered a trend setter not only in the music world but in the fashion industry as well.

What is Drake’s haircut called?

A signature Drake’s haircut is a buzz cut, which the rapper chooses to pair with a beard fade.

What is Drake’s new haircut?

Drakes new haircut is a buzz cut with a heart hair design shaved into his front hairline. The Drake heart hair cut was meant to be a symbol of his new album called Certified Lover Boy.

What kind of haircut does Drake have on the sides?

Drake prefers to accompany his buzz cut with a high or low fade on the sides. For an added emphasis, he also complements his look with a line up and a side part.

How do I ask for Drake’s haircut?

To get a Drake cut, ask the barber for a buzz cut on the top and a fade on the sides. They will need to do a really good blending job so that the haircut would look smooth. Then, tell them to finish off with a line up along the hairline.