Have you ever had that feeling of despair in the morning when you unravel your do-rag and find your hair in a total mess? Oh, yes. It can be one hell of frustration. But before losing heart completely, take a look at our fullest guide that will lead you into the world of 360 waves. You will learn how to create, maintain and style your hairdo of choice to keep it neat, sleek and ripply.

So, what is a 360 waves haircut? This is a popular Afro hair look that suggests laying your curly hair down so it creates a wavy pattern. It has other names though, such as 180 waves, 720 waves and wolfing waves. It is worth mentioning that the style originates in Ancient Egypt. So, you could only imagine how rich its history is.

To make your hair form waves, you need to brush it constantly starting from when it is still quite short. After a while, your hair will become rippled, which looks like ocean waves. The hairstyle is pretty versatile, as it features many variations. As such, there are 180 waves, which form as a result of brushing the hair on top only. Also, there are 720 waves, which consist of vertical ridges. No matter what style you are going to choose, you can rest assured that Black mens waves are a timeless hairstyle that will make you look your best. 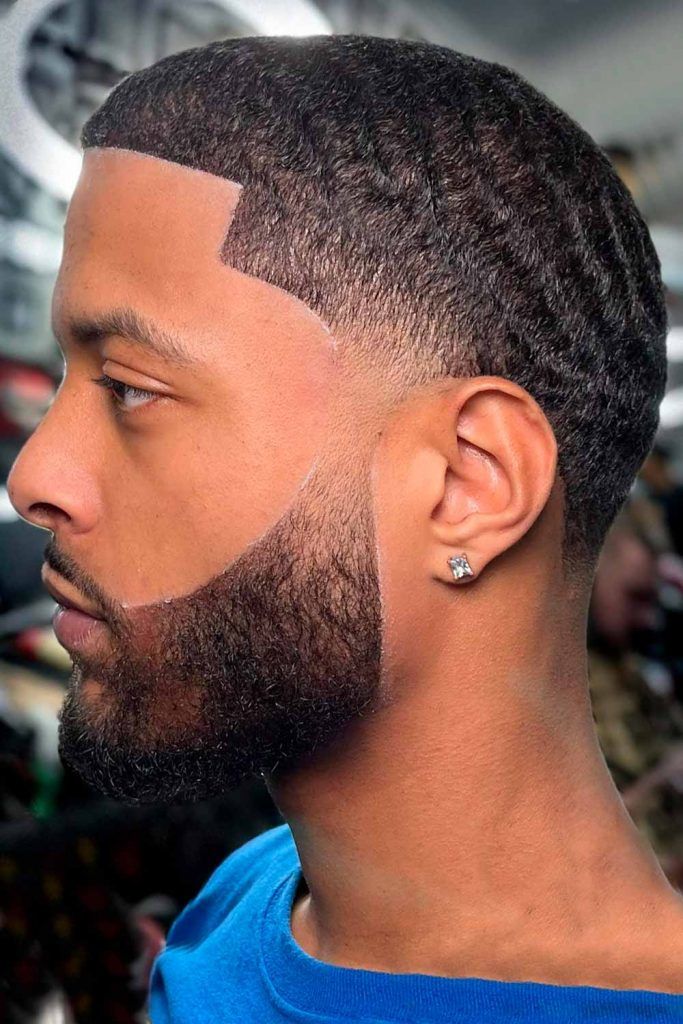 What You Need To Get Weaves

Before learning how to get waves, it makes sense to find out what you need for them. So, make sure to stock up on the following:

These primarily black men hairstyles got its name from the way the pattern is formed on the head. It’s at the angle of 360 degrees. Usually, when guys try to get these waves haircut appears too complicated for them and they fail. Remember though, there’s no need to worry, the goose hangs high. We’re about to reveal the key to success, so keep on reading.

Get The Right Tools 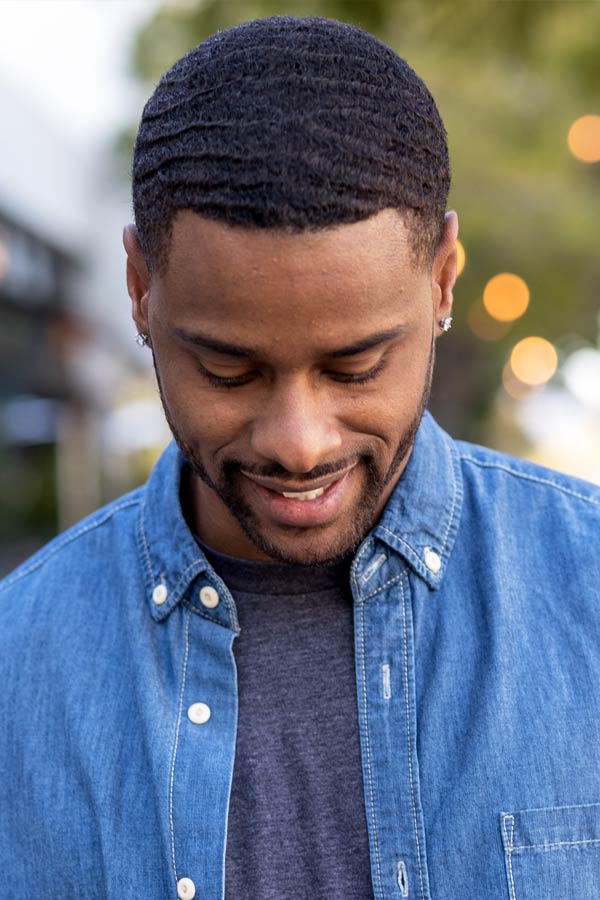 Of course, you want to know how to get 360 waves immediately, but don’t jump the gun. You don’t start with the styling itself, you start with the choice of the right tools. First, you need to get a do-rag, which is also spelled as a du-rag or doo-rag. This is a special scarf that you should wear on your head after a hair treatment procedure. The brand doesn’t make any difference, any will work just fine. Then, get a brush with really firm bristles. To create the wave brush is just one of the most essential tools because you’ll need to work in the grease into your hair with it. And obviously, the grease itself is required. It’s so crucial because it ensures your hair is secured in its place. In addition, it softens and conditions your waves.

Another critical factor to add to the success of the 360 waves is the hair length and texture. Even though it’s a rather short haircut, don’t make it less than 1 ½ inch long because the waves most likely won’t be able to form. However, too long hair is also very much doomed to failure as it takes more time for it to form waves. And, at the end of the day, they can finish off misshaped.

As for the texture, if you have curly hair, you want it to become straighter so that you could lay it down. For this purpose, use a conditioning shampoo. With coarse and average hair, you won’t have to put much effort. In case your coarse hair is dense and coiled, it will just require more brushing every day.

For the black hair men to achieve the perfect 360 waves deep brushing isn’t the only step in the hair routine. Before putting any grease in the hair, you need to ensure that it’s been thoroughly washed and dried. However, too often isn’t for good too so don’t shampoo your thatch every day.

Actually, it’s a very efficient practice to skip the shampoo for the first one to two weeks so as to give your wave pattern to set in. Then you’ll need to apply the grease. Don’t take too much though, a quarter size is just enough. Smooth and spread the product evenly across your head and move on to the next step. When forming the waves hair should be brushed all around the head evenly, starting from the crown and moving toward the grain.

The last step would be tying it all up with the do-rag. Don’t forget to repeat the process once or twice per day.

If you use a sulfate-free shampoo, it’s safe to wash the hair daily with it. If not, don’t go beyond the three-day limit. To keep one of the most sophisticated men’s wavy hairstyles on top, consider the following shampooing routine:

Your 360 waves black man haircut may require using a pomade on a daily basis. Thus, consider washing your wave hair three times a week, which will prevent the product from building up. However, if possible, substitute the pomade with something lighter, like a hair cream.

Every black guy hairstyles only win when they look healthy and shiny, which is impossible when using chemical perms or curl kits. So, be patient and let nature form the waves in hair.

There are other names for the wavy hair men with different types of thatch prefer. It can be called “waves,” “spinnas” or simply “360s.” The hairdo owes its popularity to the rapper Nelly, who made it one of the most requested hairstyles with African American men. Good news is you don’t have to be wavy- or curly-haired to perfect the look. It works on any hair texture. Just follow the simple technique we suggest, and you’ll pull off the style effortlessly. 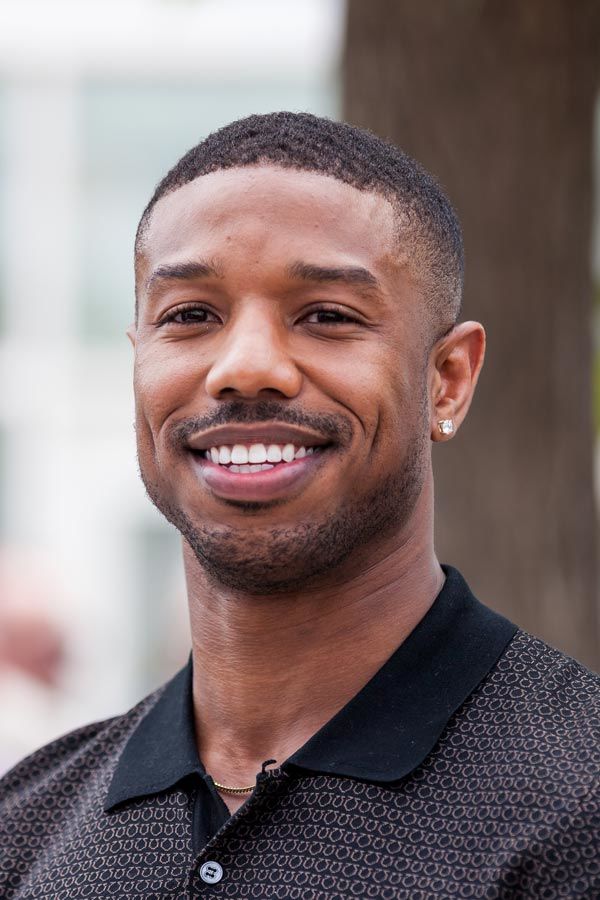 Wolfing waves is an integral part of the whole 360 waves process. It starts two weeks after your last haircut. Ultimately, you don’t get a fresh cut until you’re happy with the result. You still do your 360 wave brush routine. However, for really coarse men wavy hair, consider switching to a harder brush with more pull. This stops your locks from curling, as well as sleeping with the do-rag does. Product-wise, opt for something moisturizing.