We’ve heard a lot of questions about having a beard and do women like beards is the most popular one. We understand the popularity that has appeared recently around having facial hair. Now everyone is questioning if they can rock it and we would be glad to help with finding out. Recent trends around styles, how to look after it and which one is the perfect choice just for you. Would you like some assistance?

There are so many advantages of wearing a beard that you can’t even imagine. Are you thinking of trying it on yourself? Then you will be glad to read all the good things we have listed about having a beard.

You may wonder why do women like beards and we have one of the answers that is quite common around women who were asked. It’s a fuzzy feeling. A lot of them told how much they like being held by the men who have facial hair. How manly and soft it feels. It brings comfort and warmness to the touch and feels really good during a kiss.

You can’t ignore the fact that beards for sure bring something new to your appearance. A detail that can make you so stylish, manly looking and can really freshen up your appearance. It is also a great way to bring in something new to the way you look when you haven’t changed anything much in a long time. This is also another answer to why do women like men with beards. Something new and exciting in your look catches their attention, making women look at you in another light. 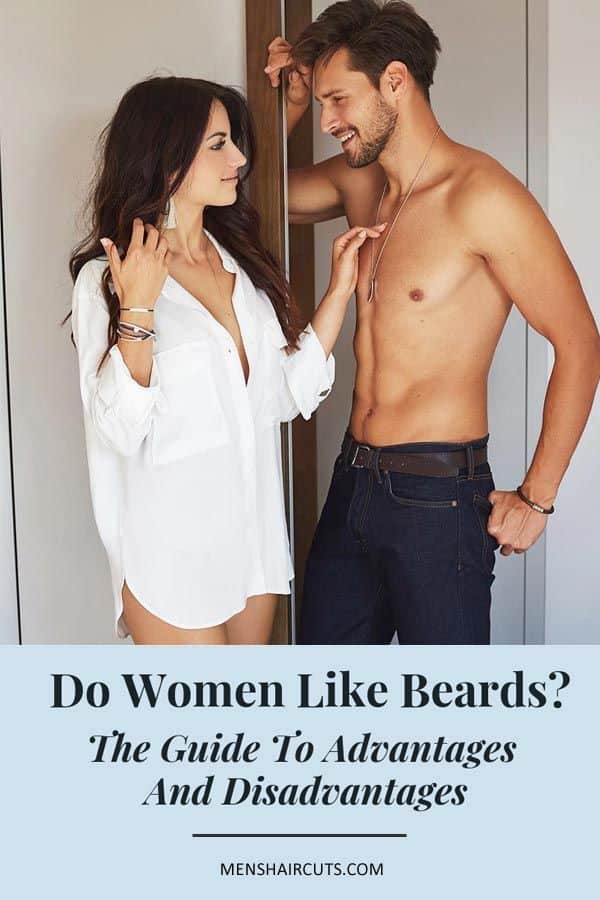 Women love beards! It is a fact that we all should be aware of. Men should know how manly it makes them look. And we all know much masculinity attracts. Beautiful girls can’t deny that. Of course, freshly shaved men are charming too and there is something about it as well, but haven’t you noticed how appealing beards look?

Looks Good In Anything

As we have already told you, beards add style as they are part of your appearance and they can change the whole look easily in a better way. It is a fact that everything you wear will look bomb with a beard. It is some kind of detail that makes your look complete. 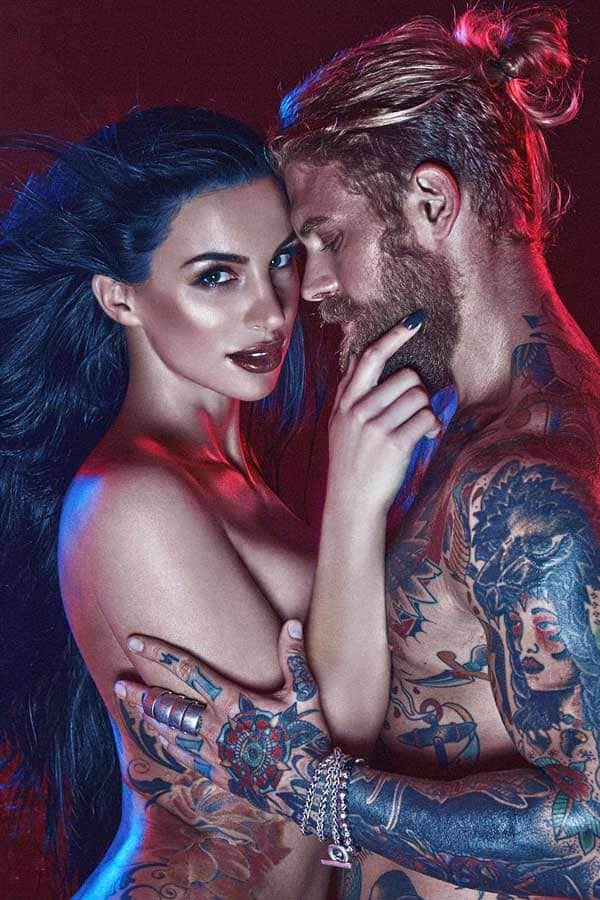 Should I grow a beard?- is that the question in your head right now? If yes, then let’s think together. There are so many advantages. It is also a great way to show your maturity as you know beards are the sign of growing up and becoming more mature and attractive.

Of course, like everything, having a beard has its advantages and disadvantages as well. So let’s look through them too.

Beard or no beard? That is the question. Well, keep in mind that beards can give the sensation of the burn. To your partner that can be not the most pleasant thing in the world as it can cause rashing and irritation for her sensitive skin. You will have to look after your beard all the time if you want to avoid that inconvenience. 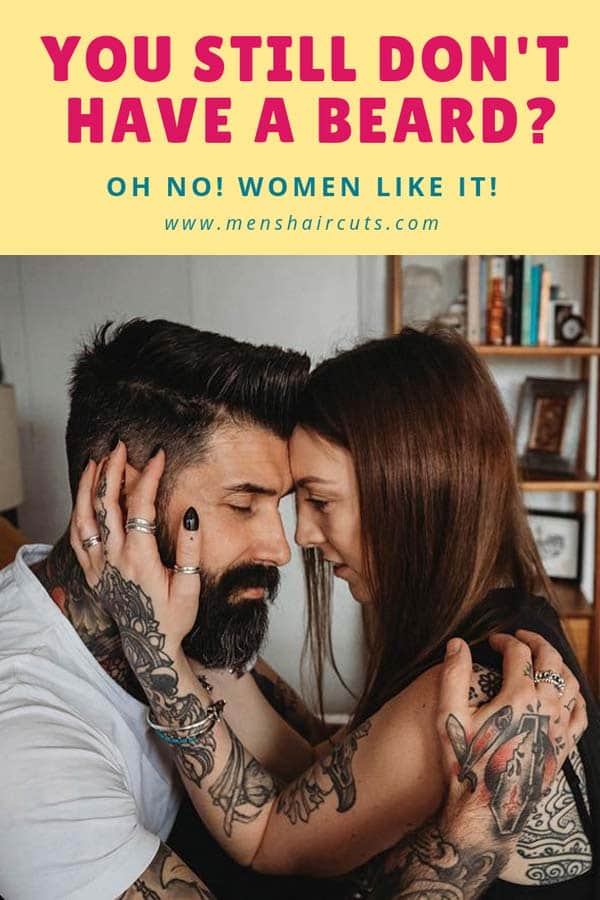 If there is a beard vs no beard, then don’t forget about this inconvenience that might happen. Eating in public places may become a problem if you don’t like having food stuck in your beard. Not the most appealing thing to see a man with pieces in his facial hair. You will have to be attentive all the time.

There is a stereotype between women that men with an untidy and wild beard may behave accordingly. That is why they prefer to stay as far from them as possible. Should I shave my beard off now? You may wonder. And our answer is no. Just keep it looking clean and neat and there won’t be such a problem. 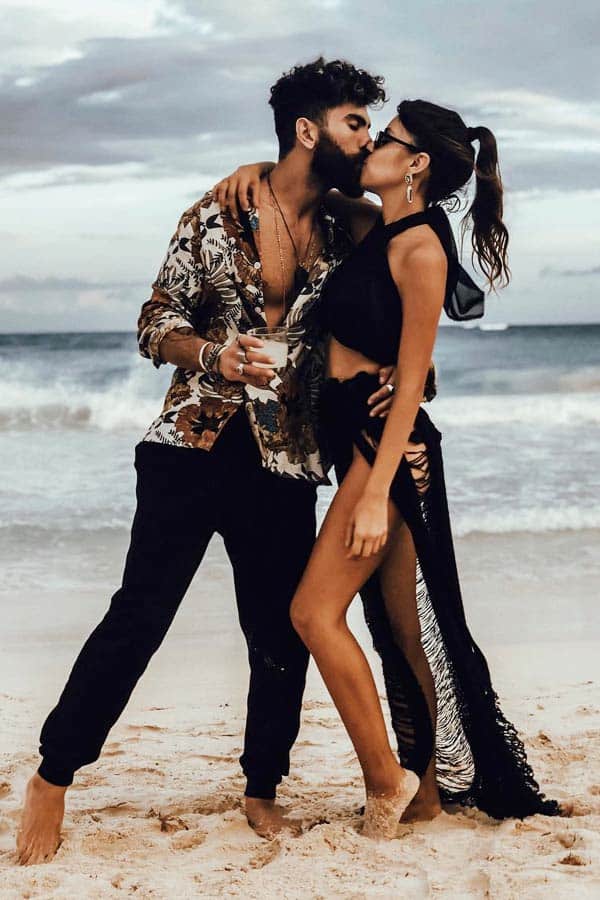 It’s All But A Ploy

Keep in mind that a beard is a great trick to hide your immaturity and childness under it. Do you think women don’t understand that? You are mistaken then. Cause oh yes they do. That is why never use the beard as the detail to hide your flaws. Be mature in this way too.

There are some advantages and disadvantages that you have to keep in mind when considering whether to try having a beard or not. However, we believe it is a great way for men to enhance their masculinity and style. 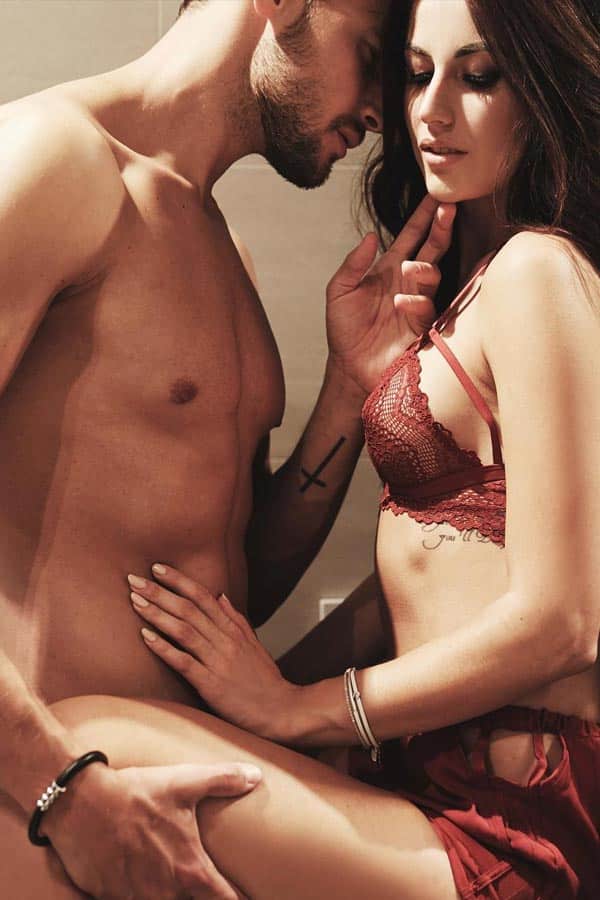 “If you had asked me the same question ten years ago, my answer would have been a resounding no. I was dreading the idea of discovering crumbs, beardruff or whatever other debris can be hidden in that hairy bush. Also, I noticed that a beard caused irritation on my face and made me scratch. Today, however, I find a beard sexy and hot, as my current SO is sporting it. Yet, his facial hair is groomed, so it does not cause any inconvenience to me. As of the style, I believe that it does not really matter. A hot guy will look even hotter with a beard while an ugly one will just remain an ugly beardo,”- writes Fashionbeans in an article about girls’ non / love for beards. 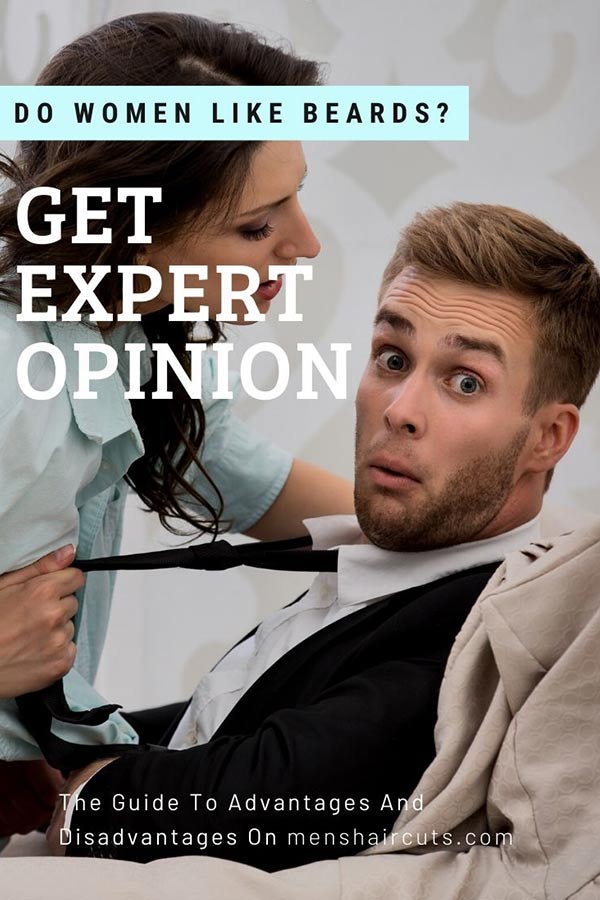 “Apart from being a secondary sexual trait, men’s facial hair symbolizes that its holder is mature, masculine and even authoritative. These characteristics are often attributed to an alfa male and are considered extremely attractive by many women. Bearded men are seen by them as strong, reliable and dominant.”

“Unless a man is rocking a really prominent beard style, I hardly notice that he has facial hair at first sight. What I do notice though is how the person behaves and whether they have a good sense of humor. However, I may sometimes find a beard visually attractive if this is a short nicely trimmed stubble that does not cause irritation. Yet, if I see a guy with a designer mustache, it can literally drive me crazy.”

“I wish I could say that I know why do women like beards, but sadly I do not. Do not know and do not like. When a guy is flaunting a long beard, he looks like an old school teacher to me and I can do nothing with that image. But, I cannot say the same about a slight stubble or a shortly trimmed facial hair style. I actually can find them looking pretty good.”

“I do not mind guys wearing a beard. Yet, I do not find men’s facial hair a particularly attractive or unique characteristic. It is usual hair that just grows out of a man’s face, no more and no less. However, I sometimes even envy this trait, as it can disguise many flaws on your face. I believe that beards are losing their popularity as a men grooming trend. I remember sitting in a restaurant three years ago and seven out of ten men had beards. This only made me think how endless the things we can do with our bodies are.”

“While I do not see a big difference between men’s hair on the head and face, guys tend to believe that to pull off a beard, simply leaving it to grow out is more than enough. However, I think that even the most polished hairstyle cannot save your look if your beard gives an unkempt and scruffy impression. Yet, an overly refined beard may also look too much. Thus, it is important to find the golden mean.” 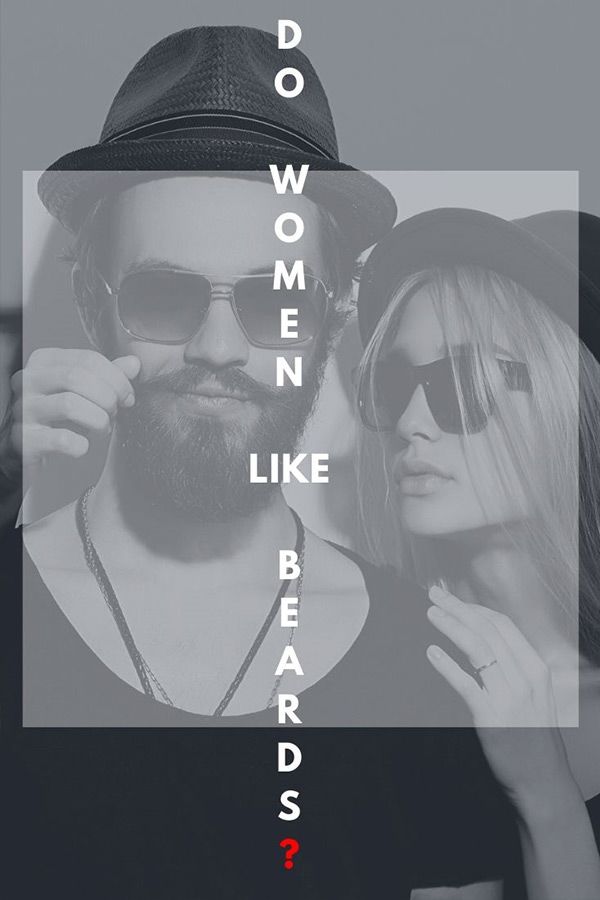 “A beard is definitely not the primary thing I look at when meeting a guy. In first attraction, I notice his eyes and smile. As of his facial hair, personally, I prefer when it is shaved off. But, if I did not have any other option, then I would choose to see nothing longer than a short beard on my partner’s face.”

“My answer to the question “Do women like beards?” would be “It depends.” It depends not only on the kind of beard but also, and even more importantly, on the guy who is donning it. If he has an interesting personality, takes care of the way he looks in general and votes consciously, then the presence of facial hair on his face is just a nice accompaniment to the aforementioned advantages. Though, the style still may be quite important and affects the way you perceive the person.”